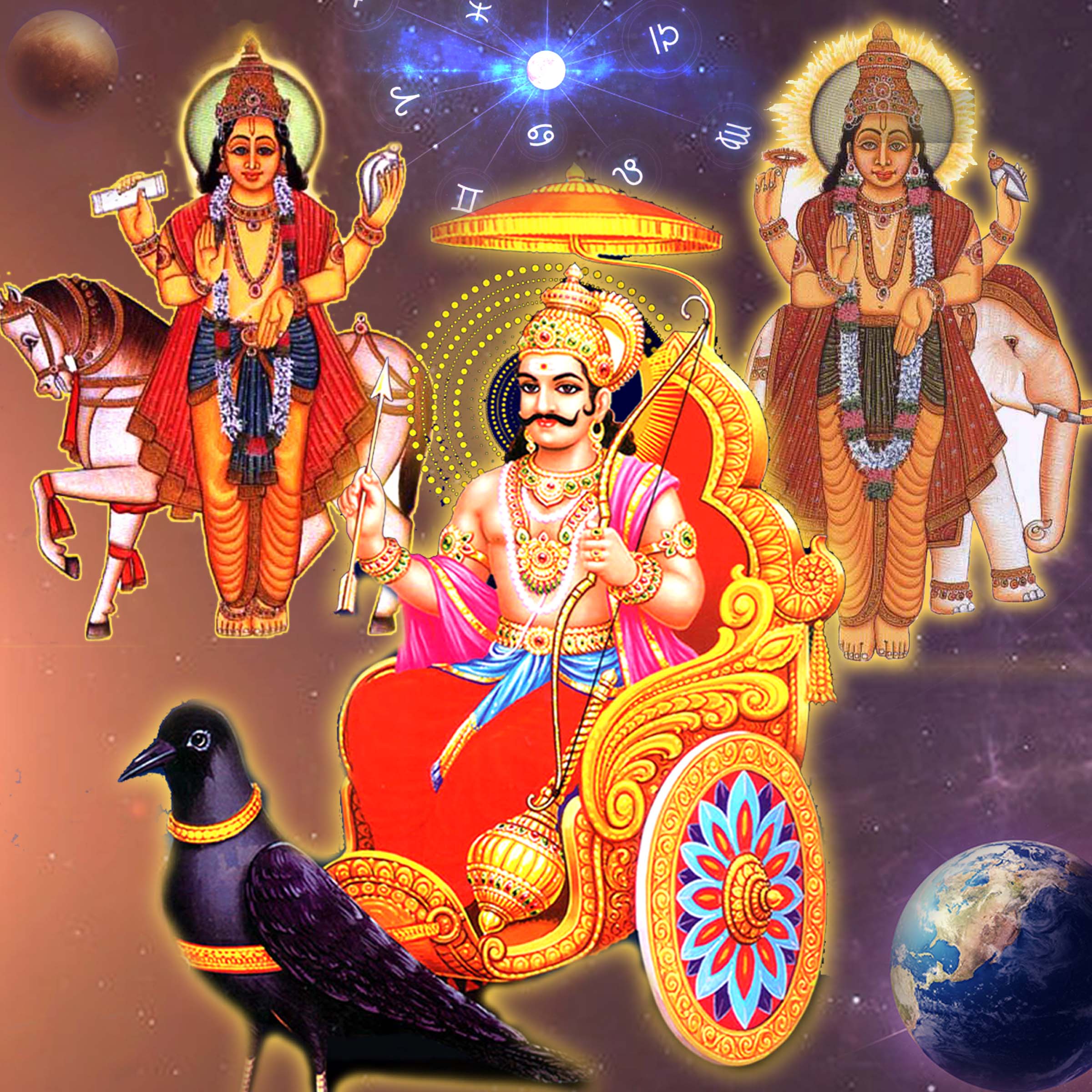 Three major planets are going to assume retrograde motion in the sky to create a very rare and unique phenomenon in the zodiac. This situation will begin from 6 April and will continue till 15 April.

The most auspicious planet Jupiter, planet of art and luxury Venus and the slowest moving planet Saturn are going to adopt indirect motion to offer different results for the natives of different Moon signs. It started with Jupiter, which went retrograde in Virgo sign on 6 February, and then Venus assumed indirect motion, while in Her exultation sign Pisces, on 4 March and Saturn will become retrograde while transiting through Sagittarius sign on 6 April 2017. These three major planets will remain in retrogration till 15 April, after that Venus will become direct.

Aries : If we take a look at the natural zodiac, Jupiter, twelfth house lord, is there in the sixth house forming a ‘Vipreet Raaj Yog’ for Aries Moon sign people. Retrograde Venus is occupying the twelfth house and retrograde Saturn is placed in the house of luck. Retrogression of Jupiter reduces His auspiciousness and positive qualities. Exulted Venus starts giving result as a debilitated one while moving in indirect motion through Pisces sign. Saturn is also forming a ‘Kendra-Trikona Raaj Yog’ being the ruler of tenth house of profession and occupying ninth house of luck and becoming retrograde would increase the auspiciousness of Saturn manifold. Aries Moon sign people should take care about financial matters and stay alert while investing money in bulk quantity during this time.

Taurus : For Taurus Moon sign natives, sign lord Venus is exulted there in the house of income, with the Sun, to predict gains through government organisations and authorities. Divine aspect of Jupiter is there on Venus and the Sun, reconfirming the possibility of financial gains.

Gemini : For the natives of Gemini Moon sign, out of four ‘Kendra’s, three ‘Kendra’s are to be occupied by retrograde Jupiter (in fourth house, Virgo sign), retrograde Saturn (in seventh house, Sagittarius sign) and retrograde Venus (in tenth house, Pisces sign) to deliver spectacular results related with their social and professional front. An added advantage will be the graceful presence of the Sun in Pisces sign to elevate their position or provide more power and authority to them.

Cancer : It is going to be a mixed result giving transit for the natives of Cancer Moon sign. Because, presence of retrograde Saturn in sixth house might result into increase in struggle. Divine aspect of Jupiter, though in retrograde motion too, on the house of luck will remain helpful to get support from Lady Luck to overcome the adverse situation successfully. Speak the truth but in a diplomatic way to come out of the unfarvourable situation because Rahu is there in the second house of speech that might misinterpret your statement in a wrong manner.

Leo: Those born under Leo sign should be careful as retrograde Venus will be transiting through inauspicious eighth house with their sign lord, the Sun, to let them face adverse family circumstances. In addition to this, placement of Rahu in Leo sign is making the situation more serious. Confusion of mind might grip and hence, taking major decisions should be avoided for some time.

Virgo : Superb transit is seen for Virgo Moon sign natives as all these three retrograde planets will occupy ‘Kendra’ houses to stay beneficial for them. Jupiter is there in Virgo sign itself to give protection from any kind of adversities. While Venus and Saturn are forming ‘Kendra-Trikona Raaj Yog’ for their delight and benefit. Divine aspect of Jupiter on the ninth house of luck indicate plenty of favour from lady luck. Increase in social reputation is also indicated. Avoid lending money to a friend or close relative to avoid uncomfortable situation later. Adversely placed Rahu in the house of expenditure is asking you to take special care about this.

Libra : For the natives of Libra Moon sign this transit is predicting uncomfortable situation because placement of retrograde Jupiter in twelfth house of expenditure and sign lord Venus is retrograde with the Sun in sixth house of struggle. Only favourably placed retrograde Saturn is there in third house to help you putting your efforts to get your works done. If possible, do not take major financial risks and avoiding deal of landed properties is advisable to stay comfortable during this period.

Scorpio : For Scorpio Moon sign people it can be said that it could become a jackpot transit for their delight. Placement of retrograde Saturn in second house of finance is going to enhance the financial condition of them. Favourable placement of retrograde Jupiter in the eleventh house of income reinforcing this scenario. Retrograde Venus is present in the auspicious fifth house along with the Sun to form a ‘Kendra-Trikona Raaj Yog’ for them.

Sagittarius : The natives of this are going to enjoy gala time as the transit of these three major planets and their retrograde motion is favourable. Sign lord Jupiter is placed in the tenth house of profession to offer better opportunity or bigger responsibility to shoulder. Retrograde Saturn is also aspecting the house of profession indicating the need of sufficient hard work to sustain the acquired position and to rise to a better sphere at workplace.

Capricorn : Sign lord of Capricorn Moon sign people, Saturn, is occupying the twelfth house of expenditure and becoming retrograde to enter back to Scorpio sign again in the month of June this year. Utmost care should be exercised while taking financial risks during this transit to save their peace of mind. Finance and family should be your prime area of concern at this moment. For the natives of Aquarius : For natives of this Moon sign, it is going to be an auspicious and fruitful transit as the placement of Saturn and Venus in favourable houses predict so. Although, retrograde Jupiter is not occupying an auspicious house but aspect of Jupiter on second house will prove beneficial for now.

Pisces : Finally talking about Pisces Moon sign people, they are going to see the bright side of the coin as this transit is set to provide them with the best of it. Exulted but retrograde Venus in Pisces sign itself is sufficient enough to bless them with luxury and financial bliss. Satisfaction of mind is predicted for sure. Sign lord Jupiter is also aspecting the sign to reassure about it. Presence of retrograde Saturn in the tenth house of profession is another assertive point of this transit to register potential growth in this front.