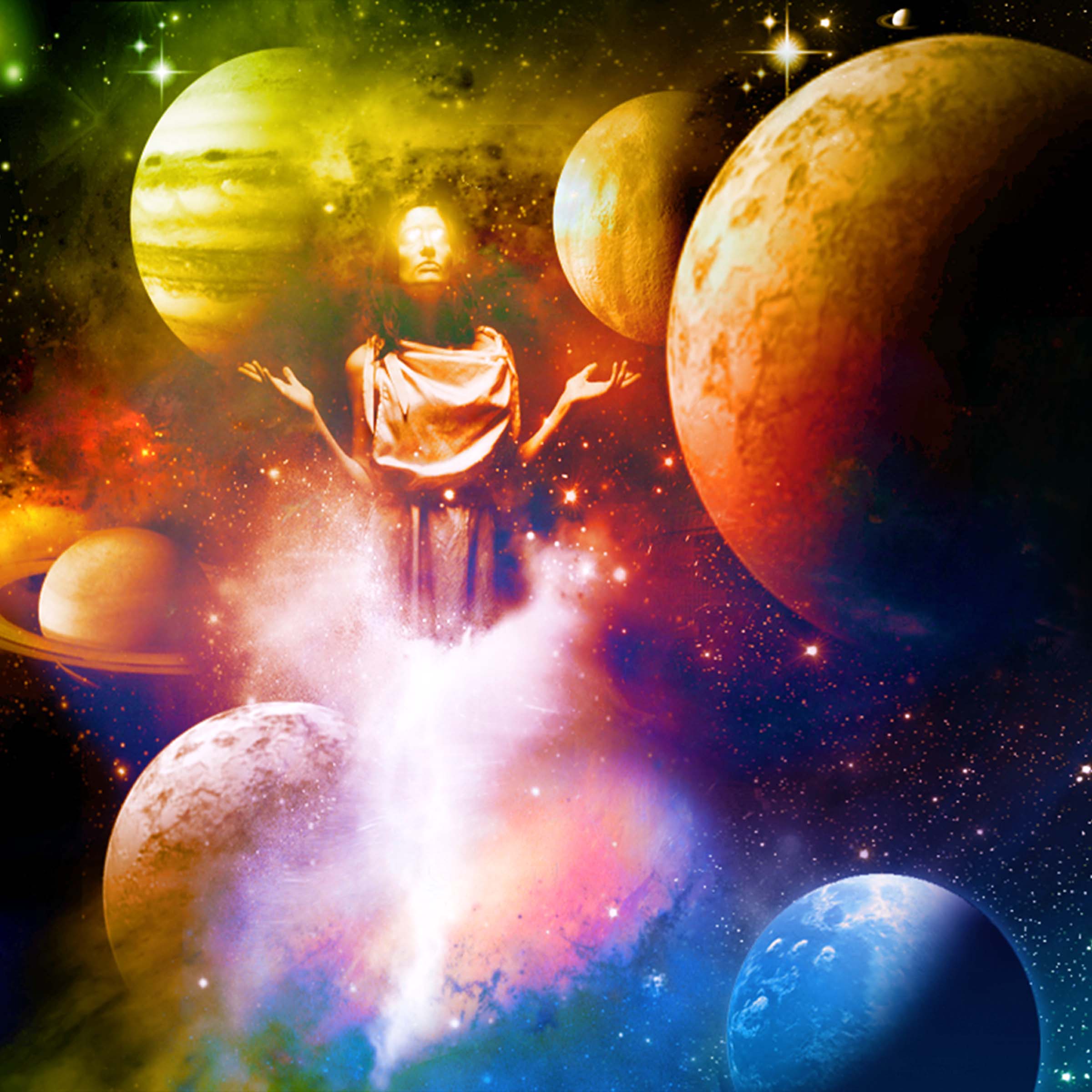 On 12th of September, this year, Jupiter is changing His sign from Virgo to Libra to stay there for next thirteen months. Effect of this transit will be different for each and every Moon signs.

For Aries Moon sign people, Jupiter will transit through seventh house and will throw His divine aspect to eleventh house of gains, as well as third house of efforts also. As this transit is also going to form a ‘Trikona-Kendra Raaj Yog’ for Aries Moon sign people, so, this transit is spelling substantial financial gains, for sure. Whereas, Rahu will be occupying fourth house and Ketu will be there in tenth house which might create some hindrance at work front. Transit of Saturn through eighth house of obstacles and aspecting the house of profession is another point of concern for Aries natives during this moment.

Taurus Moon sign natives are going to have Jupiter in their sixth house of struggle. Being the ruler of eighth house, placement of Jupiter in sixth house forms a ‘Vipreet Raaj Yog’ and auspicious aspect of Jupiter on tenth house of profession as well as on second house of finances would prove to be beneficial for them. The point is to be noted that Jupiter is the ruler of income house for Taurus Moon sign people. On the other hand, aspect of Jupiter on the twelfth house of expenditure indicates expense on the account of religious deeds or pilgrimage. Placement of Saturn in the seventh house of social reputation is going to bring good days as Saturn is forming a ‘Trikona-Kendra Raaj Yog’ for Taurus people. Transit of Rahu in third house is also favourable and might give foreign travel to increase contacts abroad and get benefited suitably from them.

Gemini Moon sign people will have transitting Jupiter in the auspicious fifth house to form an auspicious ‘Kendra-Trikona Raaj Yog’ for their delight. Pious aspect of Jupiter will be there in the houses of luck and income to bless them with favour from Lady Luck and increase in their recurring income is also possible. Aspect of Jupiter on Gemini sign indicates restoration of peace of mind due to favourable incidents or developments around. Placement of Rahu in the second house of finances is not a very favourable transit for Gemini people as it could invite unnecessary hardships for their discomfort. In addition to this, Saturn is occupying the sixth house of struggle at this point of time to show bad days related to health and other competitive matters.

The natives of Cancer Moon sign will have Jupiter in ‘Kendra sthan’ fourth house to form an auspicious ‘Trikona-Kendra Raaj Yog’ to provide good results. Interesting incidents, increase in resources and comfort of larger vehicle is indicated. It is always good to have Jupiter in a ‘Kendra’ house, whether in the birth horoscope or in transit. There might be some kind of struggle also with them as Jupiter rules the sixth house of struggle and competition for Cancer natives. At the same time, placement of Rahu in Cancer sign itself does not appears as a good planetary transit for Cancer Moon sign people. Confusion might grip their mind for no valid or solid reasons. Saturn is occupying the fifth house forming a ‘Kendra-Trikona Raaj Yog’ to add some assertive incidents for them. This transit will be effective till 26 October, till when Saturn is occupying Scorpio sign. Influence of Saturn on the eleventh house of income and second house of finance may create hurdles related with money matters.

Leo Moon sign people are expected to get mixed results from transit of Jupiter, Saturn and Rahu Ketu as divine aspect of Jupiter on their house of luck and income predicts good results for them. Saturn, now occupying a ‘Kendra sthaan’ fourth house, being the lord of seventh house becoming more than auspicious for Leo natives. Transit of Rahu through twelfth house of expenditure is posing as a potential threat for them as this could bring major expenses without prior notice. So, restricting from investing in bulk will be a good idea for reducing mental stress level.

Virgo Moon sign natives are expected to register reasonable growth in their professional front by the virtue of transit of Jupiter into Libra sign. Struggle will get reduced and rewarding connections are expected to be established. In addition to this changed position of Rahu and Ketu are also predicting financial gains beyond their expectation. This situation will be continued for the next one and half years. Transit of Saturn through third house of efforts is another assertive point for them to cheer about. Their sincere efforts will be rewarded suitably to increase their confidence level during this transit period.

Libra Moon sign natives will be blessed with the Jupiter present in their sign for the next 13 months to regain their social reputation. Support from Lady Luck is also seen with them to polish their social image brightly. At this moment, Saturn, the most auspicious and ‘Yoga Kaaraka’ planet for Libra Moon sign people, is occupying the house of finances to bless them with good increase in wealth. Transit of Rahu through their tenth house of profession is predicting substantial gains from foreign connections. At the same time, presence of Ketu in fourth house is indicating inclination towards spirituality and religiousness for the natives of Libra Moon sign.

For Scorpio Moon sign people, transit of Jupiter through twelfth house of expenditure is indicating pressure of expenses due to some genuine reason. Jupiter rules the house of finances for them and thus, this transit is not going to be an auspicious one for the next 13 months. Presence of Saturn in Scorpio sign is another cause for mental tensions for them as Saturn will be giving the effect of second phase of ‘Saadhe Saati’ for them. Changed position of Rahu is also not so encouraging for them as Rahu will be aspecting the debilitation sign of the Moon to bring confusion or clouds of negative thoughts might envelope their mind.

Sagittarius Moon sign people will be enjoying abundance of funds as their sign lord Jupiter is occupying the eleventh house of income to increase the flow of money to let them enjoy good life without a pause. Although, transit of Saturn through twelfth house of expenditure is indicating burden of liabilities for their discomfort. But favourable placement of sign lord Jupiter will help them to reimburse their duties towards everyone successfully. They should remain cautious while striking any deal of properties because Rahu will be unfavourably disposed in the eighth house that might give trouble for nothing.

For the natives of Capricorn Moon sign this transit of Jupiter will be moderately good as aspect of Jupiter on the second house of finances and fourth house of properties and vehicles may give them a fair chance to grow. Sixth house of struggle will also be receiving the divine aspect of Jupiter to reduce struggle and bless them with win over competitors. Sign lord Saturn will be there in the house of income to increase recurring flow of finances to allow them to plan some expansion or starting something new venture. Planet of talent, Ketu, will be present in the Capricorn sign itself to accomplish their abilities and innovative ideas to make their space stronger in their field.

Aquarius Moon sign people are expected to receive blessings from every angle as the most auspicious planet of the zodiac, Jupiter is entering into their house of luck for every good reason. Sign lord Saturn will also be ideally placed there in the tenth house of profession to increase their scope of work and income also. Moreover, transit of Rahu through sixth house of competition is also an advantageous happening for them. On the other hand, presence of Ketu in the twelfth house indicates religious inclination of the natives of Aquarius Moon sign.

Those who are born under the Moon sign of Pisces are expected to score well in personal front as well as professional sphere as the transit of their sign lord Jupiter over eighth house indicates growth and progress to their satisfaction. Placement of Saturn in Scorpio sign is another advantage for them as Saturn is set to enhance their luck to let them move ahead in life. Auspicious placement of Rahu and Ketu are also expected to provide favourable results in the endeavours they had undertaken very recently.