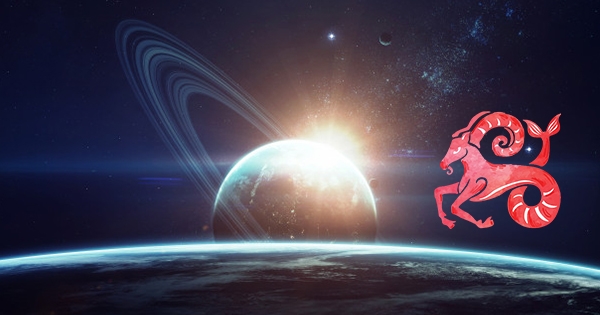 One of the hardcore malefic planets, Saturn, is assuming retrograde motion on 11 May, at 09.27 mornings, to become more auspicious and beneficial for us.

Saturn will be there in His own Capricorn sign with debilitated Jupiter, and association of these two planets will be on till 30 June,

afterward planet Jupiter will move back to the Sagittarius sign to be there in His MoolTrikona sign. Talk to Astrologer in 13 Languages

It mentioned in our Ancient Classic Astrological Texts that when a naturally malefic planet starts moving through in direct motion,

it gains auspiciousness and becomes a benefic planet.

Hence, Saturn will become an assertive result giving planet while moving through indirect motion, till 29 September.

transitional phenomena also to determine the result a person would experience in his or her life.

Talk to Astrologer in Hindi

Saturn is traveling through most significant tenth house of career for the natives of Aries Moon Sign,

along with the luck house lord Jupiter to increase support from Lady Luck for their delight.

Decisions taken during this period will bring fruitful results and there might be starting of long-term ventures to change the existing scenario at work front.

Saturn rules the tenth house of profession and eleventh house of income for Aries Moon sign people to offer better deals in those fields.

The presence of Mars in the eleventh house of gains is reconfirming this, to ensure the flow of funds, aplenty. Life Report

Obstacles will be removed from their way of success for Taurus Moon Sign people because Saturn is now there in the ninth house of luck for them.

While assuming retrograde motion, Saturn will become more auspicious for them to bring potential business deals or superb offers for work with big benefits.

More than one source of income might come up to rewrite the equation of their financial budget. Career Report

A word of caution is there for the natives of Gemini Moon Sign as joint transit of seventh and eighth house lords,

Jupiter and Saturn, respectively, through the eighth house of uncertain events, is not going to be so cordial for them.

They should remain alert in their financial deals and special care should exercised for maintaining harmony in their marital life also.

Long pending disputes or litigating chapters will head towards a satisfactory solution as a result of this transit for Cancer Moon Sign people.

If any health-related issues were there in the recent past, then that could also be over when Saturn will become retrograde in the sky.

Leo Moon Sign natives are going to be blessed with good results in their study-related matters as Saturn is creating a “Vipreet Raaj Yog” in transit.

But, in the case of romance and love, they should move carefully as a combination of Jupiter and retrograde

Saturn in the sixth house of struggle and competitions might create tiff between both of them.

Shed your ego and try to go along with your dream partner casually for the sake of the survival of the relationship. Talk to Astrologer for More details

The people of Virgo Moon Sign are advised to take care while dealing in emotional relationships.

Equations with relatives might get strained because this transit is happening in the fifth house in their horoscope.

The mother’s health might get adversely affected because of the association of Jupiter and retrograde Saturn in the Capricorn sign.

Libra Moon Sign natives expected to go enthusiastic on long-term projects as a result of the retrogression of Saturn in the fourth house of their horoscope.

This transit might be adverse for their younger co-borns, so, exercising proper care required.

Family and finances are the main areas to affected for the people of Scorpio Moon Sign as retrograde Saturn will be there in the third house of efforts with second house lord Jupiter, in their birth chart.

Control overconfidence is very much necessary at this point in time, to keep the risk factor under danger mark.

Investments and major financial decisions are to taken care of to avoid disappointment later.

Saturn rules the second house of finance and Jupiter is the ruler of the fourth house of happiness in their horoscope.

The Association of these two planets might give financial gain also to keep the comfort index intact.

The last phase of seven and a half years’ cycle of Saturn is also in effect for the Sagittarius Moon sign people asking them to take any major steps in life only after very well consideration of realities and facts.

This transit is happening in Capricorn Sign itself, so, these people may experience strain

the relationship with family members and financial matters supposed to take utmost care of.

The second phase of ‘Sadhe Saati’ is on for this sign to create pressure on their nerves and it may take a test their level of patience as well.

Although Saturn Himself is the ruler of this sign, still, transit through this sign does not spell a good time for them.

And the association of weak Jupiter and retrograde Saturn together considered a good combination, in any way.

Adopt a flexible attitude with family-related issues and make your stand acceptable to everybody in Capricorn Sign the room.

It does not seem to be a financially lucrative transit for the natives of Aquarius Moon Sign as this transit is taking in place in the twelfth house of expenditure asking them to exercise precaution in money matters.

Moreover, it is the first phase of the seven and a half years cycle of Saturn also for them, which reduces liquid money reserve in hand.

Saturn, being the ruler of the sign and placed in the twelfth house to increase expenditure and there might be

multiple responsibilities appearing in front of them to force them to think seriously about money management.

Recurring income and the financial sector expected to receive booster dose for the natives of Pisces Moon Sign because this transit is happening in the eleventh house of gains in their horoscope, Capricorn Sign

The presence of sign lord Jupiter indicates elevation to a more powerful position and association of retrograde Saturn predicts initiation of the long-term affairss at the workplace.

On the other hand, the load of work and pressure on their nerves are also going to increase significantly as a side effect of this transit in the sky.

Students studying in the technical line supposed to score well because of retrogression of Saturn.