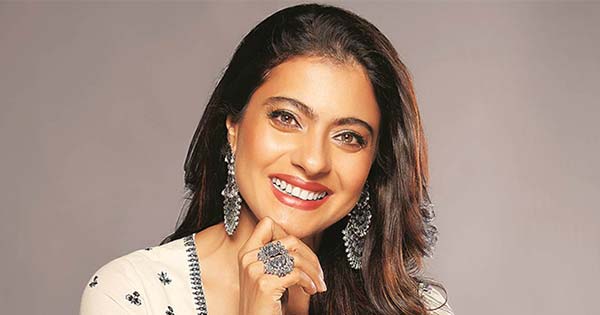 Kajol was born on 5 August 1974 when the Moon was in the Aquarius sign, with retrograde Jupiter, to bless her with an unmatched personality of her very own kind.

Her Moon sign lord, Saturn, is ideally placed in the fifth house of talents, with the most artistic planet, Venus, to let her shine in her career in the film industry.

Her Moon associated with Jupiter to bless her a magnetic personality with a very good social image also.

Discuss your issues with an Astrologer

Retrograde Jupiter is aspecting her ninth house of luck to make her honest and helpful towards others.

The placement of her Rashi lord, Saturn, in Gemini sign, ruled by the intelligent planet, Mercury, is the reason why she is altogether different from others.

The placement of Mercury in the sixth house in the Cancer sign is creating an excellent ‘Vipreet Raaj Yog’ also.

Talk to Astrologer for More details

Mercury, being there in the sixth house with the Sun is forming auspicious ‘BudhAditya Yog’ also.

Placement of the Sun in the sixth house is sufficient enough to get success in leaving her filmy competitors far behind.

Mars is present in her seventh house, in friendly sign Leo, to give auspicious results because Mars is the ruler of her tenth house of profession and the auspicious aspect of Jupiter on Mars is securing her work front.

Placement of the Moon and Jupiter together in her birth chart is forming one of the best wealth producing ‘GajKeshari Yog’,

which is reconfirming her superb talent in acting line to acquire a golden place in the heart of her admirers, worldwide.

The artistic planet of the zodiac, Venus, placed in the fifth house of talent, with Saturn, to offer wide fame across the globe.

The aspect of Jupiter on Venus and Saturn is confirming the possibility of her further career growth in all directions.

The presence of Rahu in the tenth house is another good placement of the planet in her horoscope to let her travel a lot in abroad countries in connection with her professional work.

“Kendra-Trikona Raaj Yog” is very much there in her horoscope because of the auspicious placement of fourth house lord Venus in the fifth house and that’s the reason to portray her fine talent to fetch appreciation internationally.

She honored with one of the highest civilian awards, ‘Padma Shri’ by the government of India in the year 2011 to recognize her contribution to the film industry.

Kajol Birthday Forecast is now under influence of Mercury’s main period and the sub-period of Venus is on, from January 2018.

Almost 4 months are left for the sub-period of Venus to complete in November 2020. She is having a pretty good possibility to come back in the limelight, again, during this sub-period.

Get a detail Analysis of Your Kundali

We wish her all the very best in her personal as well as professional plane in the coming days of her life !!