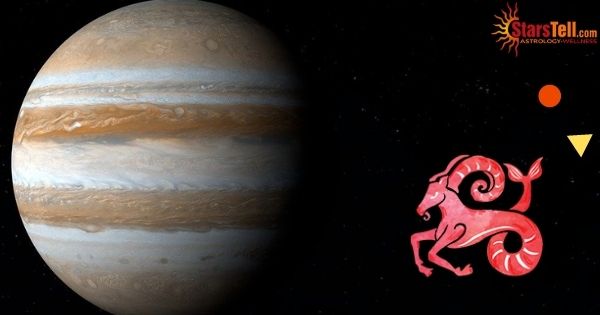 Jupiter, the biggest planet of our solar system, both, in volume and in power also, is going to lose His own power while in the Capricorn sign, during the next few months.

But conjunction with Saturn will be an advantageous point for Jupiter to sustain His power, up to a certain extent. Let’s have a look into it, in detail.

Saturn is already there to create ‘NeechBhang Raaj Yog’, which is expected to reduce the negativity.

During his transit through the Capricorn sign, Jupiter will slip into combustion on the 17th of January 2021, at 5.52 pm, to become further powerless for a period of little less than a month and rise in the eastern horizon on 14 February 2021, at 11.46 pm.

According to the Indian System of Vedic Astrology, Jupiter has given the status of a minister, teacher, knowledgeable, scholarly people, and matters related to money and wealth.

Auspicious outcomes expected for Aries, Virgo, Sagittarius, and Pisces Moon sign natives as a result of this important celestial event.

For Aries Moon Sign, Jupiter is the ruler of ninth and twelfth houses to play the role of an auspicious planet for them and offer favorable results without fail.

Support from Lady Luck will be seen to grow in the arena of work, increase in reputation, and all expected to come to them, as this transit is happening in the career house in their chart.

For the natives of Virgo Moon Sign, it is going to be a very auspicious transit to open up new avenues and give satisfactory results in money matters.

Association of Saturn will be there with Jupiter during this entire phase of transit to help them to sort out complicated issues amicably.

Those who are born with Sagittarius Moon Sign are expected to experience good changes in their family front as this transit happening in their second house of family and finances. Financial matters seen emerging with very good prospects.

Ongoing problems are likely to resolve easily as a result of this transit. In the case of Pisces Moon Sign people, this transit expected to bring better days in terms of money matters, to their relief.

Long term relationship with someone special will come to the fore to let it grow more. So, this transit is going to be a unique one, to offer wide prospects and new avenues to help them to grow visibly.

To know the effects of this transit on other Moon signs, click here.