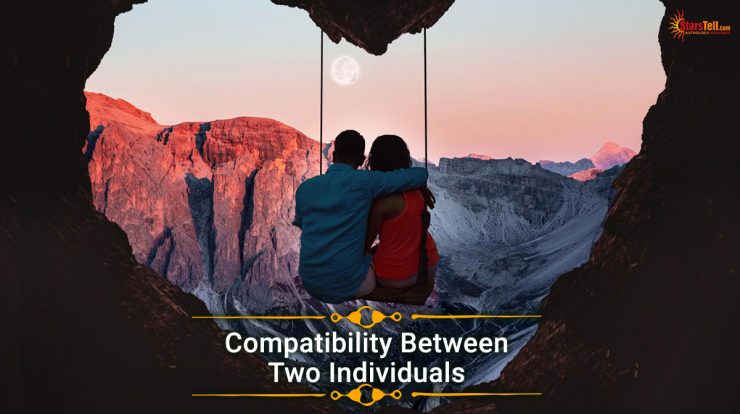 Marriage is a very important and pious tie in our Hindu belief. When two people decide to stay together or guardians of two individuals decide to make a pair with two persons, one male, and one female, we term it marriage.

And we, Hindus, having a very strong belief that a match between two people made in heaven by the consent of Almighty God.

While performing the rituals we invite Lord Vishnu and lit sacred fire to make the bond between two individuals everlasting and most auspicious happening in their lives.

But, spending the rest of their life together with someone less known, or sometimes unknown,

is not a very easy task for both of the partners involved in a marital tie.

In India, Vedic Astrology has a very useful and trustworthy tool to examine the possibility of compatibility between two individuals,

which is called Match Making.

Even in Western Astrology compatibility between two Sun Signs are very popular to determine the extent of the durability of a nuptial tie.

People born under Fiery signs are prone to get angry quickly,

having too much amount of energy within themselves.

Individuals are born with Earthy signs are down to earth,

slow in action, have long-term plans in their life.

Airy signs are talented, quick in thinking, impatient, and restless by nature.

Watery signs have the quality to think deeply and affectionate, emotional by nature.

So, out of our twelve zodiac signs we have three fiery signs, three earthy signs,

And Capricorn signs are known as earthy signs.

Gemini, Libra, and Aquarius signs are of airy qualities, and the rest three signs,

These qualities are very much important for match-making to judge the longevity of marital relations.

There are some other factors also present there in horoscopes,

which indicates separation from husband or wife and less happiness in married life.

So, while finalizing a match for marriage, nature, appearances,

and qualities of both the individuals are very important,

according to our Indian system of Vedic Astrology.

For example, if a fiery sign male is married to an airy girl then a possibility is there

to generate less happiness from that marriage because the presence of air ignites the fire.

In that case, a watery sign girl will remain best suitable for a fiery guy,

who will balance the nature between the two to keep the marital knot intact?

very much important to consider as a match for marriage in our Indian system of Astrology.

Mars is a fiery planet and is considered as a separating factor in one’s married life.

If the match gets sufficient points in matchmaking and one horoscope is affected by Manglik Dosha,

the match should be avoided for marriage.