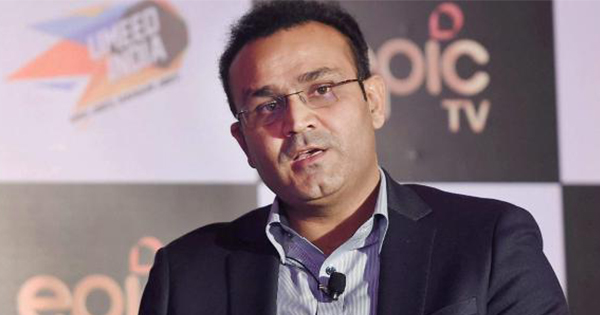 Cricket is a religion which can never die or fade out in India. The avid lovers of cricket have a special place for every cricketer, for them it is a way of life which they follow. Virender Sehwag, who is famously known as Veeru or Nawab of Najafgarh, is like a hurricane, who once starts hitting, the other team just simply surrenders in the field.

Sehwag, former opening batsman of the Indian cricket team, was known to have an excellent strike. He played as an aggressive right-handed batsman and became the first Indian to be honoured as the Wisden Leading Cricketer in the World.

So, on the occasion of Sehwag’s birthday month astrologersatStarsTell will provide an accurate predictions regarding his career, health and family life.

The stars have remained in his favor for the longest of the time. Virender Sehwag, started playing for the Indian cricket team in 1999. From that moment only he has raised India’s bar and managed to give his career a new dimension. People who are born on October 20 fall under the Zodiac sign of Libra, which explains a lot of things about Virender Sehwag.

Predicting his 2019 horoscope, astrologers have pointed out that he might experience some ups and down in the start of this year. Although these changes will only be temporary as his planets will maintain a peaceful alignment.

Studying the position of his stars, the astrologers at best astrology site in India have predicted that the beginning and the end of this year will bring many positive changes in his life. Rest his attempts in the career front will also be a success. There is a chance that he can experience gains in business and trades.

Focusing on his personal life will bring him closer to his loved ones. He will receive full support from his family if encountered with any life-changing experiences. The astrologers at StarsTell, suggest Virender Sehwag to relax and enjoy the success. His hard work will reap him great results and an excellent period filled with opportunities is promised.