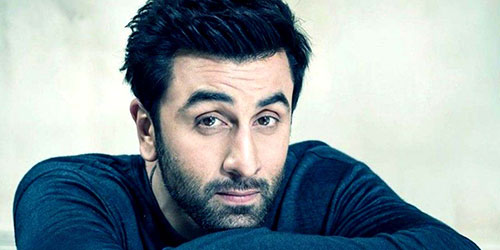 Born on 28th of September 1982, Ranbir Kapoor is a Capricorn native by Moon sign, according to Indian System of Vedic Astrology. Hard working planet Saturn is his ruling planet, which is ideally occupying Virgo sign with the Sun, Mercury and Venus in the ninth house of luck in his birth horoscope.

Combust condition of Venus is not a very assertive point for Ranbir Kapoor to make him rise high in his professional career through hard work only. Association of the Sun, Mercury, Venus and Saturn together is confirming his artistic talent, sheer intelligence and sharp mind to leave his mark in silver screen successfully. In his horoscope, Saturn is not combust in spite of being placed closely to the Sun. Placement of exulted Mercury and debilitated Venus in his ninth house of luck is forming ‘NeechBhang Raaj Yog’ for his abundant amount of fortune, name and fame.

His chart is having Jupiter, placed in tenth house of profession, in His enemy sign Libra, to let him work in a large scale. Eleventh house lord Mars is occupying eleventh house only, in His own and watery sign Scorpio, which is receiving aspect from Saturn to ensure his financial prosperity.

The Sun is throwing His aspect directly there on the ninth house of luck to offer him success aplenty. Divine aspect of the most auspicious planet of our zodiac, Jupiter, is there on his second house of speech, fourth house of properties and on his sixth house of struggle too, to protect him from unexpected happenings and unfavourable instances.

Mercury is the ruler of ninth house of luck, in his birth chart, placed in ninth house only, again reconfirms his wide spread popularity among young generation of the population.

Talking about his current MahaDasha and AntarDasha sequence, Jupiter/Mercury sub period has just started from July 2019 to continue till October 2021 to let him enjoy fair amount of success in his ventures. Next, sub period of Ketu will be the best time for his career because of Ketu being placed in the sign of Jupiter in his Moon chart.

He should remain cautious about his health to maintain best fitness condition without any problems, because Ketu is aspecting his sixth house of health. The sub-period of Jupiter/Venus will start from October 2022. It should be one of the best times for his acting career till June 2025.

As planet Venus is the ruler of fifth house of talents and association of retrograde Mercury, Venus and Saturn in Virgo sign will protect his existing financial equation, but, still, he should remain careful in his personal as well as emotional relationships as Mercury rules sixth house of struggle and disputes also.

We wish him all round success in his upcoming movies and ventures!