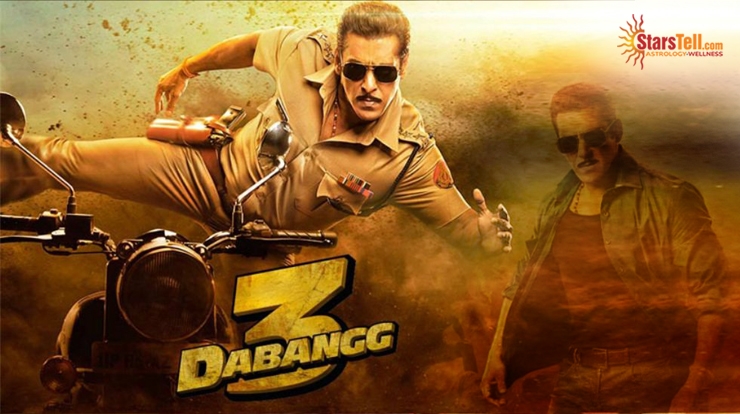 If we talk about success, then it never served on a platter. The Real Khan of Bollywood – Salman Khan was surely born with a silver spoon in his mouth but his journey towards success hasn’t been an easy one.

Our superstar Salman Khan got his first break in Bollywood with the movie Biwi Ho To Aisi (1998) where he played the second lead,

although the movie flopped at the box office we given a star who acted in nearly 100 Hindi-language films.

The eldest son of screenwriter Salim Khan and Salma Khan, the actor shot up to fame in his second Bollywood film – Maine Pyaar Kyun Kiya.

With this movie, Salman emerged as a heartthrob and won a Filmfare for the Best Debut.

Celebrating his 54th birthday this year, Salman Khan the ‘Bhai’ of Bollywood will be entering into the New Year with a bang.

Salman was born in the Dasha of Mars, blessing him with a large number of fascinating talents and qualities.

Being an Aries ascendant, he shares the true characteristics of a brave individual. We all are aware of his obsession with a fit lifestyle.

Online astrologers study the nature of his horoscope and mention that majority of his planets are gathered in the ninth, tenth, and eleventh houses.

Saturn and Ketu travel through the major houses, making a couple of months a bit difficult.

Although the natal Sun will move to the House of Fortune and promise him well-being, safety, and prosperity.

This year, Salman Khan’s horoscope predictions reveal that he will surge ahead in life and get acknowledgment for this social work.

Experts at the best astrological site foresee a bright future for Salman.

A strong likelihood from the planets will increase his international presence and pave the way to his financial growth.

Salman Khan has spent more than 30 years in Bollywood and ruled our hearts since the 90s from Hum Aapke Hain Kaun to Bharat, the box office shot up every time his movie hit the cinema.

The movie is directed by Prabhu Deva, and produced by Salman Khan and Arbaaz Khan. Our astrologers predict that the movie will reap great profits.

The auspicious movement of Jupiter denotes that the movie will get a good response from the public and his performance will be acclaimed by the audience.

Studying the path of stars, there might be some controversies and it is best to take extra caution during such situations.

Salman’s television career seems to soar up to new heights with the success of Bigg Boss 13.

However, some controversies might occur and he may find himself at the receiving end. Thus, Salman Khan should take extra care to avoid such situations.

For your personalized predictions, you can talk to astrologer on phone