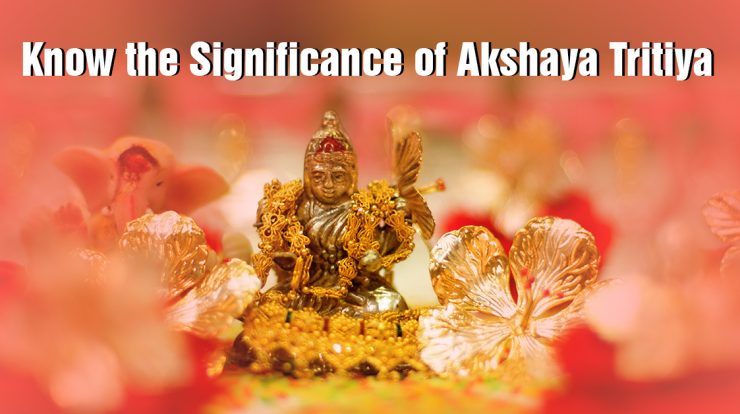 “Akshay Tritiya” is one of the very highly auspicious ‘Swayam Siddh Muhurt’ that is most appropriately suitable for conducting any auspicious religious functions and spiritual actions. In some parts of India, it is known as ‘Akha Teej’ also. It happens on the third lunar day (Tritiya Tithi) of the bright lunar half of Baishakh month of Hindu calendar.

This year, it is coming on 7 of May, Tuesday. On this day, there are three planets placed in their exultation sign in the zodiac, to add more astrological significance to this highly auspicious day for Hindus. The Sun is travelling in Aries sign, the Moon is there in Taurus sign and Venus is present in Pisces sign, transitting as exulted, means, in a very powerful state, to add more importance to this auspicious day.

In West Bengal and some other eastern states of India, business class people start their new business books and ledgers on this auspicious day to make it “Akshay”, means “undestroyable”, and to register unprecedented growth and prosperity, throughout the year. In the Hindu mythology, there are so many beliefs and stories known to signify this event. It is believed that Lord Shivjee appointed Goddess Lakshmi as the Goddess of wealth on this auspicious day.

He also entrusted Kuber as the treasurer of wealth of Gods. Sudama, the poor friend of Lord Krishna, visited Him on this day. Pandavas received the “Akshay Patra” from Lord Krishna today only. It is also popularly known that VedVyasa started writing the epic of “MahaBharata” on this auspicious day only. ‘Bhagwan ParashuRam Jayanti’ is also observed on this day. It is believed by people that Goddess Lakshmi visits those houses, on this pious day, which are clean and where “Dharma” is practiced with full faith and devotion. Giving alms to poor people yields uncountable amount of “Punya” to reduce our loads of sins done knowingly or unknowingly in our day to day lives. Click Here