In India, kundali matching is the foremost step which is followed in most of the Hindu weddings. It is an ancient practice in India which has existed since the Vedic age. Marriage is a turning point in every individual’s life. Thus, both the partners should be committed to each other in order to decide their journey together. Astrologers at StarsTell,&believethat kundali matching is essential to know about the compatibility level. Marriage is a sacred union where two individuals come together in order to live the rest of their life together. It is important that before taking such an important decision they should explore all the matrimonial possibilities. At StarsTell, our astrologers use different methods of kundali matching, the most accurate one is kundali matching by date of birth which is performed by using date, time and place of birth. Although, sometimes not everyone knows their date, time and place of birth.In such cases,matching kundali by name and kundali matching by rashi is used to calculate the compatibility of the couple. The marriage kundli matching services provided by StarsTell, gives the couple an in-depth analysis of astrology charts and they also provide a gun-milap analysis. In janamkundali matching, there should be 36 gunas which are matched to calculate the compatibility. These gunas indicate how theindividual’s stars are destined to affect each other. Our experts study the movement of your planets and indicate the chances of childbirth, financial stability and career prospects. They also detect dosha in the astrology charts, such as, MangalDosha or Shani Dosha. They detect such dosha’s and provide you remedial suggestions which should be followedin certain routines to lessen its effects. By studying the kundalis, we also prepare a list of most auspicious dates and times during which you can perform the marriage ceremony. According to various astrologers, the first to match making should be kundali-matchingin order to have a blissful married life. At the best astrology site in India, we understand the importance of matrimonial harmony and we promise to guide you through this new beginning.

Once you have provided all the required information about the prospective bride and groom such as the full name, date of birth, time of birth, place of birth etc. by completing an online form which we will send you, our master astrologer will prepare the Kundali Matching Report for you. You will be taken back to your personal profile page to complete this order once you click the Buy Now Button.

The Kundali Matching will be sent to you as email pdf attachment within 5-7 working days and will cover all the aspects of the report mentioned above. We will also send you the hard copy (if you are a resident of India) of the same on your registered postal address within 10-15 working days. For more information about the Kundali Matching, our other reports, products and services, please do not hesitate to call or write to us at [email protected] and we will be happy to assist you. 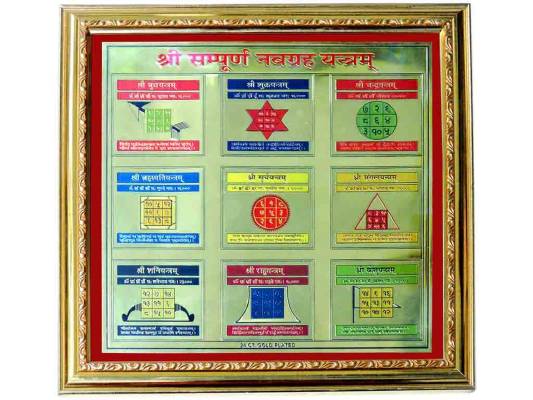 Product has been added to cart
This website stores cookies on your computer. These cookies are used to collect information about how you interact with our website and allow us to remember you. We use this information in order to improve and customize your browsing experience and for analytics and metrics about our visitors both on this website and other media. To find out more about the cookies we use, see our Privacy Policy