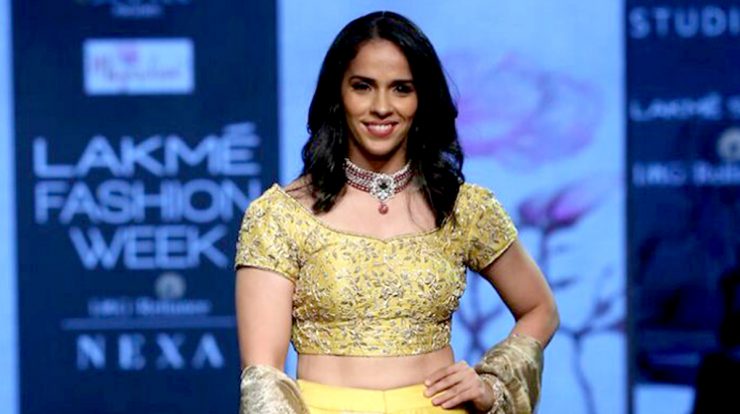 Born on the 17th of March 1990, Saina Nehwal is a Scorpio native by Moon sign, according to the Indian System of Vedic Astrology.

which is the exaltation sign of Mars, in the third house of her birth chart.

Combust condition of debilitated Mercury and association with the Sun is going to be a blessing in disguise for Saina Nehwal to make her rise significantly in her career in sports.

Association of exulted Mars, Venus, and Rahu together, in the third house of efforts,

is creating a favorable situation to make her energetic, courageous, perfectionist in everything, and bold by nature.

In her horoscope, the Cancer sign comes in the ninth house of luck, and placement of the Moon in the Scorpio sign is an advantageous ‘Yog Karak’ placement of planets for her,

to create auspicious ‘Trikona-Kendra Raaj Yog’ to bless her with an abundance of fortune, name, and fame.

Her chart is having the Sun and Mercury placed in the fifth house of talents,

in Pisces sign of Jupiter, to make her arena of work wider.

The benefic aspect of Mars on her sixth house is helping her to subside her competitors to make her progress very significantly and strongly.

Lord of her tenth house of career, the Sun, is occupying the fifth house, in friendly sign Pisces, with Mercury,

which is creating an excellent ‘Kendra-Trikona Raaj Yog’ in her favor.

The Sun is throwing His aspect directly there in her eleventh house of recurring income to bless her with financial bliss from government connections.

The divine aspect of the most auspicious planet of our zodiac, Jupiter, is also there in her second house of finances, fourth house of properties,

and on her twelfth house too, to surround her with an assertive aura and favorable circumstances.

The Moon is the ruler of her ninth house of luck, in her birth chart, placed in a ‘Kendra’ house, to create a

‘Raaj Yog’ reconfirming her worldwide fame because Mars is associated with Venus and Rahu.

Talking about her current Maha Dasha and Antar Dasha sequence, Mercury/Saturn sub-period is going to continue

till August 2021 to let her enjoy uninterrupted success and steady growth in her life.

Next, the main period of Ketu, till August 2028, will be another best phase of

time for her career enhancement because Ketu is placed in her ninth house of luck.

She should go slowly but steadily to maintain the perfect equation of her success quotient. The main period of Ketu will start in August 2021.

Seven years period of Ketu will allow her to showcase her talent in a completely different manner to leave others surprised.

Mars and Venus that will project her image in another denomination, but, still,

she should remain careful in her personal as well as romantic relationships as Ketu is a mysterious planet also.

Her inclination towards philanthropy will grow more during this main period as Ketu is a planet,

who pushes us towards religious pursuits and spirituality.

We wish her all-around success in her upcoming moves and ventures!!