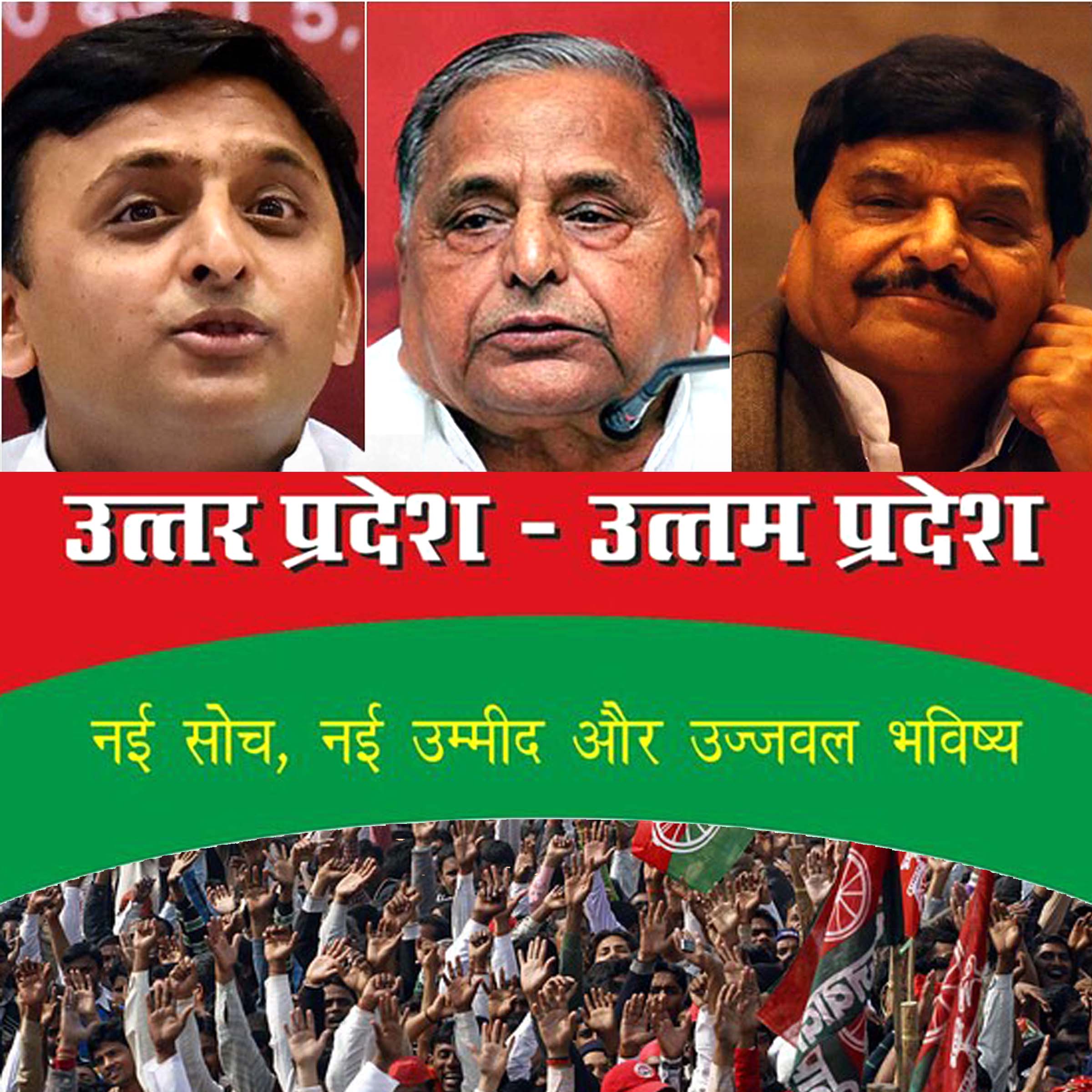 Mulayam Singh Yadav was born under Pisces Moon sign as per Indian System of Vedic Astrology. Jupiter rules Pisces sign, which is the planet of justice. But retrograde motion of Jupiter is not indicating a favourable situation for him during the forthcoming assembly elections in the year 2017. Rahu main period and sub period of Saturn is starting from this year only to create complicated situations for his discomfort. Things might not move according to his will and wishes while assembly election going to be conducted in early 2017.

Akhilesh Yadav was born under Gemini Moon sign as per Indian System of Vedic Astrology. Planet Mercury rules over Gemini sign, which is the planet of intelligence. Mercury is a fast moving planet and tends to get influenced by others very easily. Presently he is under influence of Mercury main period and sub period of Saturn is going on till early days of year 2017. A slow moving and complication creating time is indicated as per his birth horoscope. He should move cautiously in maintaining cordial relations seniors in his family circle as well as political arena. Because, main period of Ketu will follow from March 2017 to put him into, somehow, isolation, politically.

Shivpal Singh Yadav was born under Virgo Moon sign as per Indian System of Vedic Astrology. Mercury planet rules Virgo sign, which is the planet of sharpness of brain. But debilitated condition of planet Mercury in his horoscope is not predicting anything spectacular although Mercury is associated with the Sun. Moreover, main period of Saturn and sub period of the Moon till January 2018 is not an assertive phase for his political life and reduction in happiness of mind is indicated during this period of time.

Pisces is the Moon sign of Sheela Dikshit according to India System of Vedic Astrology and planet Jupiter is the ruling planet for her. When Sheela Dikshit was born, her Moon sign lord Jupiter was transitting through His debilitation sign Capricorn in a powerless condition. But presently, transit of Jupiter through Virgo sign till September 2017 and thus, aspect of Jupiter on her sign Pisces indicates assertive development in the area of work. In addition to this, Sheela Dikshit is going through the main period of Rahu and sub period of Jupiter till March 2018 that could play the role of game changer in the political arena of Uttar Pradesh. Lady Luck might smile at her to give her unexpected success during the forthcoming assembly elections.

Kumari Mayawati was born under the Moon sign of Capricorn as per Indian System of Vedic Astrology and Saturn is the ruling planet of Capricorn. In her horoscope, rashi lord Saturn is placed in inimical sign Scorpio along with Mars and Rahu to make her life struggling from the beginning of her life. Presently also Saturn is transitting through Scorpio sign till January 2017 and then the first phase of Saade Saati will start as Saturn will enter into Sagittarius sign. If the assembly election in Uttar Pradesh is going to be scheduled in March or April 2017 then there is less possibility for Mayawati to score well in this election.