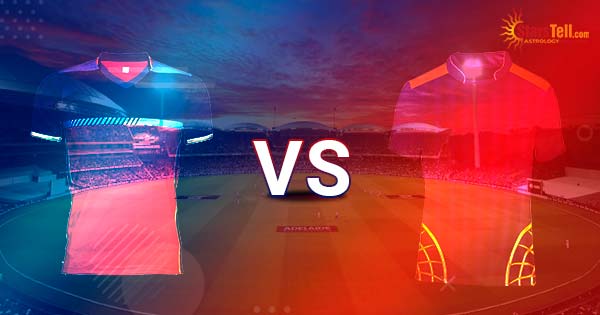 On September 28, the 20-20 Match will be played between Bangalore and Mumbai team (MI Vs RCB) at Dubai. The match will begin at 7.30 pm, Indian Standard Time. When the match begins, according to Indian System of Vedic Astrology, there will be Aries ascendant rising in the eastern horizon. The planetary configurations will be like this. Ascendant lord, Mars, will be transiting through the ascendant only, via indirect motion. Mercury and Saturn will also be transiting over the Kendra houses. While the Moon will be there in eleventh house in Aquarius sign. This planetary position shows that it will not be fair to say this match will be in favour of one team only.

Today’s match can be won not on the strength of the planets, but, on the strength of hard work and planning. It would not be okay to take any team lightly. Spectators will look very much excited about today’s match. This is the tenth match of this league. Now, if we talk about the planetary configurations, the planetary support is seen almost equal to the Name Rashi of the teams, both the teams are getting equal power from cosmic bodies in the sky. But, it is also important to assess the planetary configurations of the captain and his team’s important players. If we have a look at the captain of the Bangalore Team, his date of birth and the support of the planets according to the birth time are finding it quiet in favour today, but, there can be seen a lot of energy in him.

At the same time, important players will also have tremendous confidence. And these players will give their full efforts to change the outcome of the match. On the other hand, the planetary support is visible today, according to the date of birth and time of the Captain of the Mumbai team, and if it comes to his fellow players, their stars are also looking in a very strong position today. This match will also see a lot of ups and downs and make the match even more interesting. There is possibility of creation of a few new records in this match. Overall, this match will provide much joy to the spectators. If this is the case, the Mumbai team can succeed in favouring the result of the match amidst a close contest, in the last round.