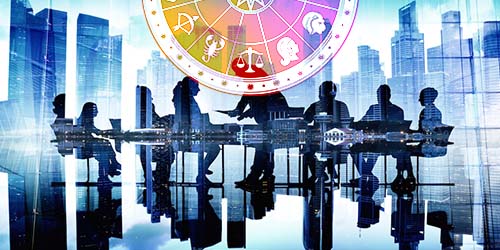 Astro-experts at StarsTell.com discuss how the faith of corporate sector in astrology has given birth to a new branch of reading the stars

According to expert astrologers at StarsTell, several major corporate houses and multinational companies have gradually started seeking the help of astrologers in order to maximize their outputs and consolidate their positions as global leaders.

“Seeking astrological advice before taking any important decision or embarking upon an important journey has been a tradition in India since the Vedic period. In ancient India, emperors used to have a council of astrologers. It was this council they consulted before bringing major policies into action or waging a war against their enemies,” pointed out an astrologer associated with StarsTell.com.

He continued, “The big business houses which are thriving today are no less than emperors themselves. After all, they are ruling the markets worldwide. The way astrology used to be perceived has also undergone a transformation. It is now considered as a science, and this has contributed a lot in cementing businesspersons’ belief in it.”

A special astrological position presents a set of unique opportunities to both individuals as well as corporate houses. Mercury is the planet of finance and Venus is the planet of luxury. According to experts at StarsTell.com, a favourable alignment of both these planets creates golden opportunities in business. These opportunities, if utilized properly, can not only safeguard the company’s existing portfolio, but can also optimize the future investments.