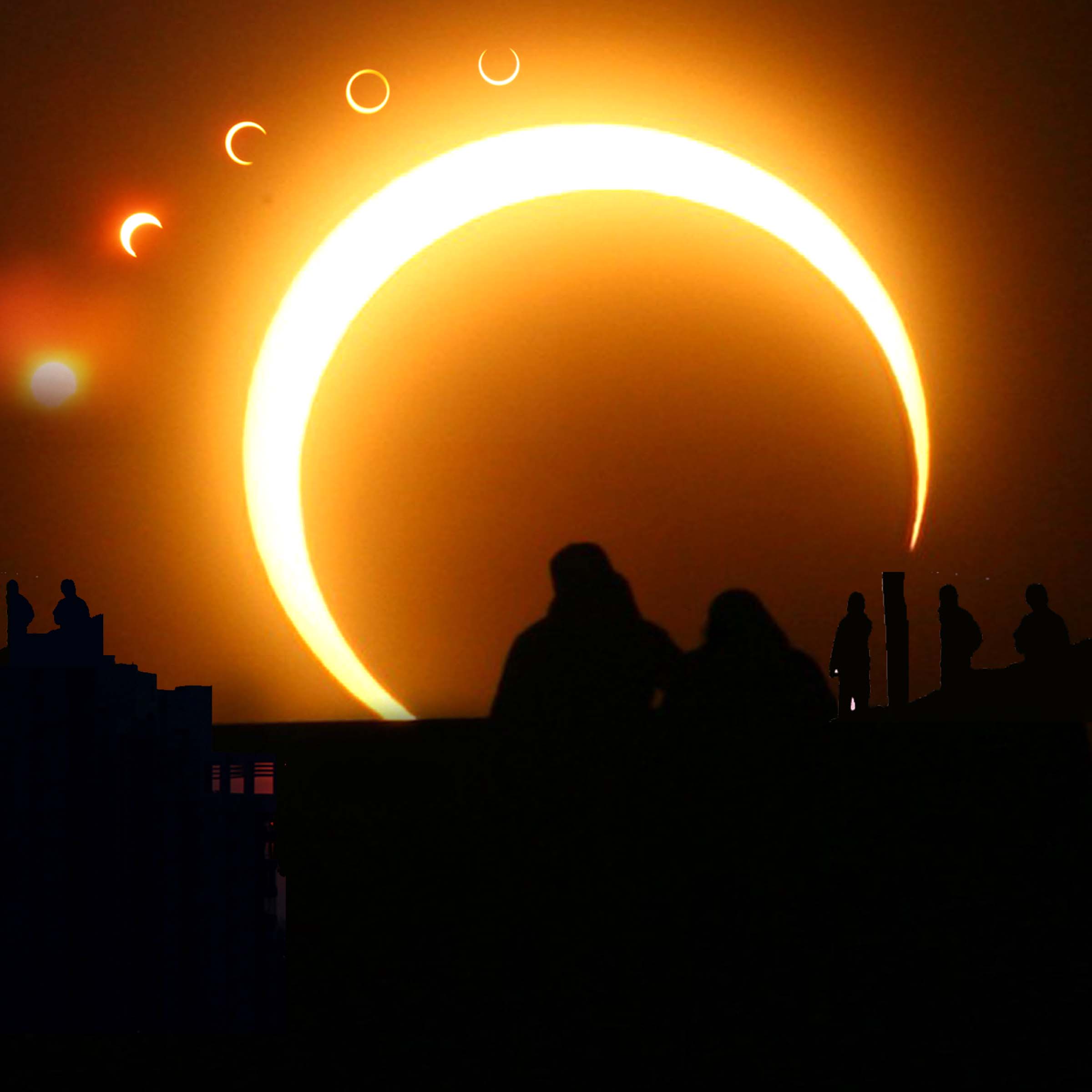 Annular Solar Eclipse is going to happen in the sky on Thursday, 1st of September 2016. It will be visible in region of Africa, Australia, South Western Middle East, Antarctica, the Atlantic Ocean and the Indian Ocean. This annular eclipse will begin from 11.43 AM and continue for 5 hours and 47 minutes, till 17.30 PM. This annular solar eclipse is taking place in Leo sign where the Sun, the Moon and Rahu are conjoined to let this phenomenon happen in the sky.

The mythological story behind eclipse is connected with the churning of ocean by Dev and Danav (SamudraManthan). As a result of churning the ocean, the Divine Nectar (Amrit) came out with many other divine objects. Dev and Danav (Demons) both were interested to drink that Divine Nectar to become immortal forever. But, Dev were in no intention to allow Danav to drink it, as they weren’t interested to let their enemies to become immortal and remain alive forever to disturb them every now and then. The group of Devtas started hiding the pot containing Divine Nectar from place to place.

In transit, it was hidden in four places namely, Allahabad, Hardwar, Ujjain and Nasik. To remember this godly incident, ‘Kumbh Mela’ is organised in these four places every fourth year. Finally when the Divine Nectar was distributed among Devtas, a Danav entered into the throng of Devtas, dressed like Devtas, in the queue for drinking Amrit. The Sun and the Moon only noticed him and seek attention of Lord Vishnu and requested Him to cut his head by using His ‘Sudarshan Chakra’. Acting immediately, Lord Vishnu engaged His ‘Sudarshan Chakra’ to cut that Danav’s head. In spite of the prompt action, that Danav managed to swallow a sip of Divine Nectar. That’s why he became immortal in two pieces in the universe. The head portion is named as Rahu and the torso portion is known as Ketu.

As because the Sun and the Moon pointed him out of the gathering of Devtas, Rahu keeps enmity towards them and whenever he gets a chance swallow them. But since he is having no torso, that’s why the Sun and Moon comes out shortly. This phenomenon is called eclipse, ‘Grahan’ in Hindi. Through the scientific point of view, when the Sun, the Moon and earth comes into same degrees in a straight line and shadow of earth falls on the Moon it is called lunar eclipse and when shadow of the Moon falls on the earth then solar eclipse happens. In case of lunar eclipse the earth remains in between the Sun and the Moon. When solar eclipse takes place in the sky, the Moon remains in between the Sun and earth.

There are various importance of eclipse, for both solar and lunar, according to our ‘Shastra’s. Long or short distance journey for any significant purpose is to be avoided. Buying of vehicles is also prohibited during the fortnight of eclipse.